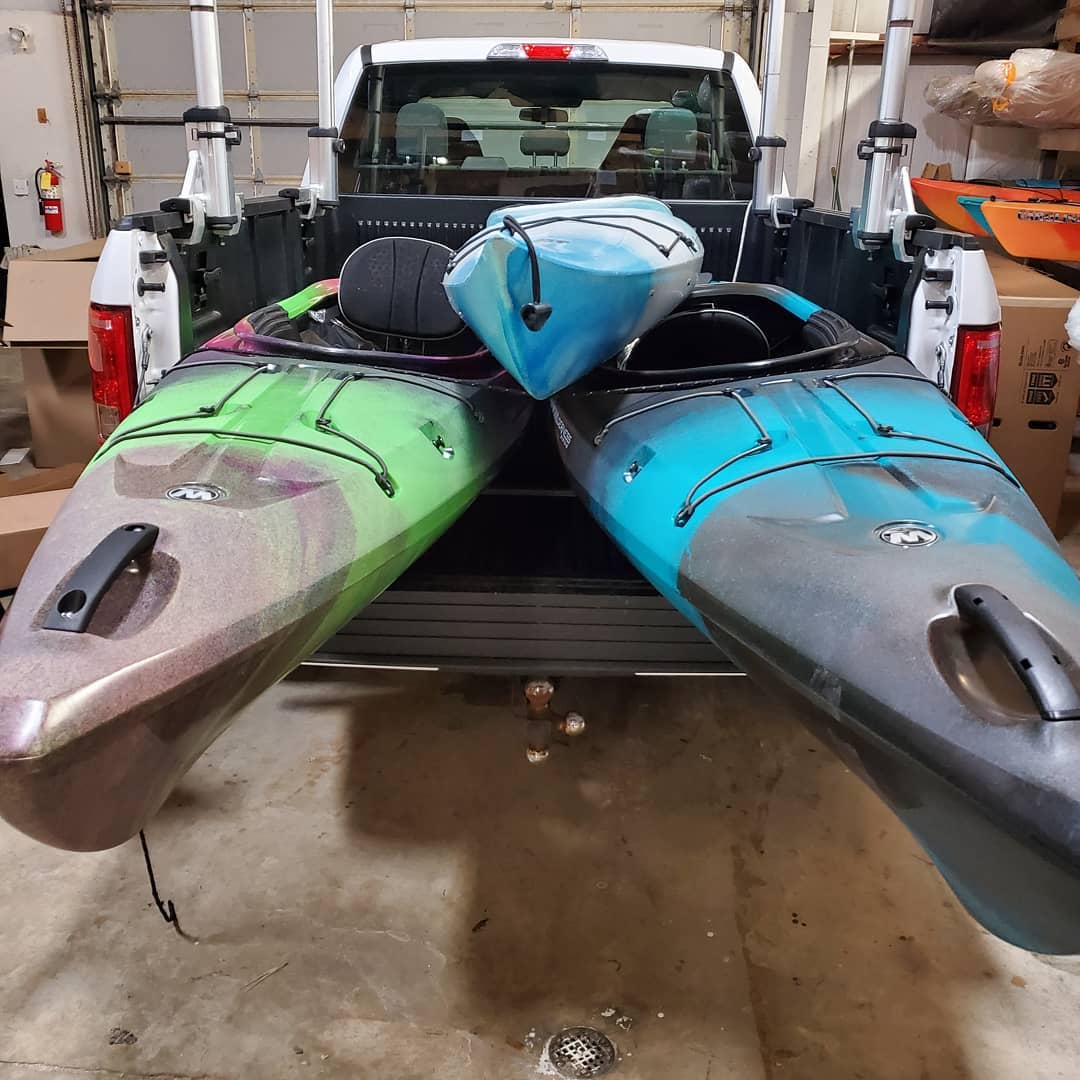 Today the 1st shipment of kayaks and S.U.P.s arrived this morning. It’s hard to believe it, but I guess we’re going to have to say goodbye to winter shortly.

The truck arrived promptly at 10 and we were able to secure some help to get it unloaded in just over an hour. We were anxiously awaiting to see a few of the new models.

The Outlaw from Perception has been the most anticipated kayak for the season and for good reason! The seating and outfitting make it the perfect boat for fishing. And at only $729, it’s pretty kind on the pocketbook.

The Crank is also an all-new boat from Perception that is pretty slick. It is a 10 foot kayak that uses the same Pilot Drive from popular Pescador Pilot. Pedal drive kayaks are some of the hottest models in the industry, and coming in at $1429, it is the starting off price point for pedal driven kayaks at the store.

The Tarpon from Wilderness Systems has been the most popular sit-on-top kayak at the store since we started selling boats in 1997 and the re-design will ensure it will stay popular. We actually had 2 sold before they ever arrived.

We also got a almost 100 of the store’s best selling models, the Pungos and Aspires from Wilderness Systems to start the year so we will have a great selection of colors until June when the next batch arrive!